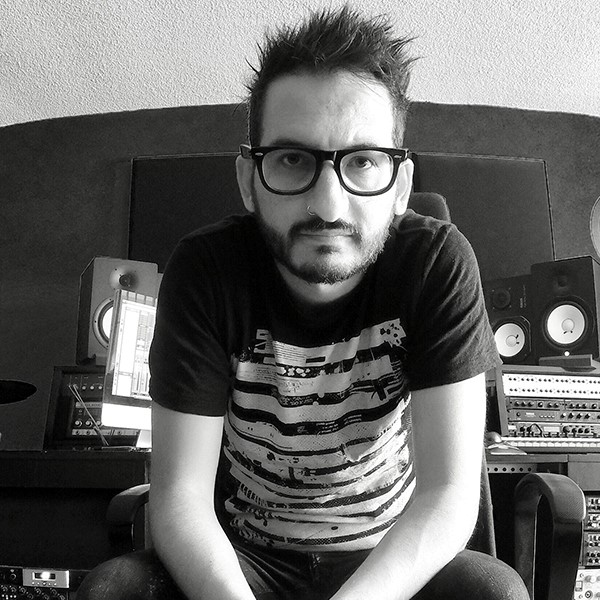 Mateo Camargo was the creative force behind electro-modern rock band Madina Lake. After signing to Roadrunner Records in 2006, Madina soon left their home base of Chicago to embark on nearly 8 years of touring the world in support of 3 major releases.

Throughout, guitarist Mateo penned 5 chart-topping single/videos (“Let’s Get Out of Here” reached #2 on BBC Radio 1, “House of Cards” was #1 on MTV2’s D&D, “Here I Stand” reached #9 on Modern Rock Radio and “Never Take Us Alive” reached #1 on Kerrang! Radio UK).  The band was awarded Kerrang!’s “Best International Newcomer” in 2009 and went on to secure Silver Records in the UK & Japan.

In 2012, Madina Lake decided to split and Mateo headed back to Colombia where he’d devote his life to production and song writing.  For the next 3 years he would go on to produce songs for fellow Colombian native Shakira on her eponymous release in 2014, work with Mexican diva Alejandra Guzman in her comeback record (writing 2 of the singles), write a song for teen sensation turned movie star Hilary Duff and would land cuts with various other International acts, like Indonesian Pop-Star Krisdayanti and Pedro Capo.

In 2015 Mateo moved to Los Angeles where he’d sign with Wayne Wilkins’ Avenue 6 management. In 2017 he signed a publishing deal with Fania (now Concord music Publishing).

Mateo is currently writing for, producing and working with some of the biggest names in REGGAETON.