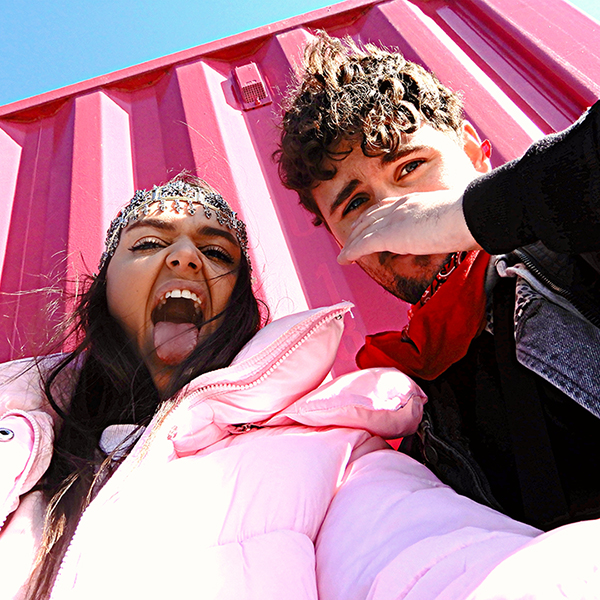 UNDR
Undr is a newly established Norwegian artist, producer and songwriter.  He has produced/written songs that has been featured on several big blogs like The Fader, Clash magazine, Nylon and more. His productions has also been placed on playlists as Hits Hits Hits, New Music Friday global and Fresh Finds on Spotify.Before being signed Undr managed to generate over 4,6 million streams worldwide from different projects. At one point one of the tracks he released placed second on Global Viral 50 and was picked up by H&M and played all over the world in their shops.He has a bachelor degree in popular music from Westerdals with vocal and laptop as primary subjects. Nowadays Undr is a student at producer duo Stargate´s (Rihanna, Beyoncé, Wiz Khalifa, Katy Perry etc) school Limpi in Norway.

FARIDA
Norwegian/Algerian singer/songwriter Farida explains her musical universe as Urban/Pop with sounds from Rai (Algerian Folk Music). Farida already made her moves early in 2016 when she gained the love of Billboard after premiering her songs “Three Weeks” and “Solo Ride” from her mixtape “The 25th Hour”. After playing the largest Showcase festival in Scandinavia By:Larm, Farida was also the first ever to perform at the Red Bull Sound Select in Oslo, Norway august 2016 where she opened up for Dua Lipa.  Farida performed at SXSW in Texas in March 2017, and was featured on the FADER and NYLON’s “One To Watch” list for 2017. In January 2018 her single “You” was self-released with massive attention as a result and 6 months later “Foreplay” landed Farida her first spot on the New Music Friday Global list, and she released both by herself.  She’s constantly in the studio writing for other artists and herself while attending LIMPI.