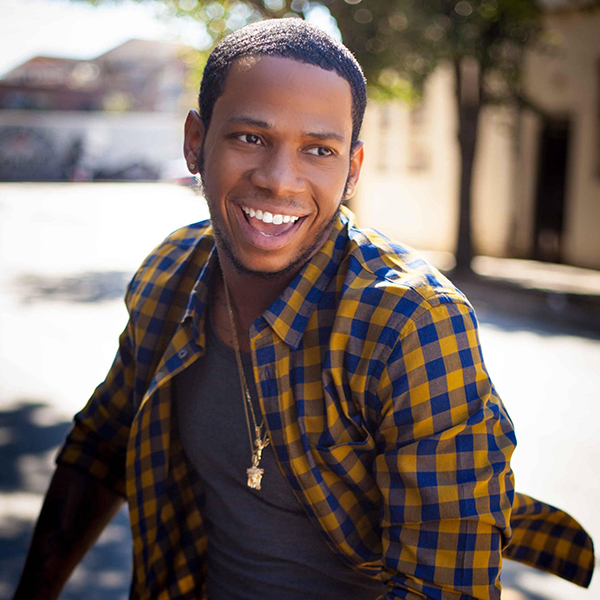 Vedo is a 24-year old American singer, songwriter and entertainer most recognized for his stellar performances on season four of NBC’s popular talent competition, The Voice and for his Profound covers on Youtube. Born and raised in Benton Harbor, Michigan Vedo began singing at the age of 9 when his mother discovered his vocal ability was above average, impressing anyone that heard his distinct tone, range and perfect pitch.

Although his voice was certainly a gift, it was a curse as well, bringing more attention than many of his peers in the form of admiring girls and fast crowds. His childhood wasn’t easy, moving from place to place, homeless more often than not and as a result, Vedo developed a tough attitude that eventually led to trouble in school, fighting and not achieving his true scholastic potential so in 2008, Vedo’s mother decided he needed a change and moving to Atlanta, GA with his father was it. Vedo did not want to leave his mother and friends behind, however, that decision became a blessing in disguise and an integral part of the journey to his dream.

Upon arriving in a new city filled with talent and opportunity, Vedo’s passion for music intensified as well as his focus on academics, becoming an A and B student at Southwest DeKalb High School. He was inspired to delve into his inner songwriter and perfect his vocals; these efforts combined with his natural ability led to Vedo becoming one of the top finalists on The Voice and writing songs for major label recording artists such as Chris Brown, Lil Dicky, EXO, SHINee, Daichi Miura and many more. Vedo Has also worked with highly acclaimed music producers Troy Taylor, Bryan Michael Cox and many more.

In addition Vedo has remained dedicated to honing his skills as an all around performer, engaging his audience with his physical command of the stage, incorporating cutting edge dance moves and pure passion into every show. In a short period of time, Vedo has garnered the respect of peers and veterans of the music industry alike.

History has shown many great singers experience adversity at their breakthrough moment and Vedo is no exception. When auditioning for The Voice, his mother was diagnosed with Stage 4 lung cancer and although she was able to see his blind audition that wowed R&B singer and Voice judge Usher, she sadly passed away one month before his national debut. Many could not have made it past such a difficult time but Vedo used the loss of his mother as his strength, singing his heart out week to week in her honor. And though The Voice is behind him, he says “I’m still striving to make her proud…I know she’s watching.” Ever since this life changing event, he has spent his free time volunteering for campaigns that speak to his own personal experiences such as the Lung Cancer Alliance, participating in the Hosea Williams Feed the Hungry and Homeless campaign.

Vedo currently resides in Atlanta and continues to work on his album while lending his melodic voice and life experience through lyric to others.